A-League fantasy football is an online game that allows you to select A-League players and form a team. You will become the owner and the coach of your team. You also compete with your friends who can access the platform. Your team earns points based on the performance of all players in a given week. Every touchdown is factored in at the end of the gaming period. The team with the highest number of accumulated points becomes the winner. The complexity of this game is removed by ensuring that your team only goes head-on with a single team per week. The league can either have ten or twelve teams. You play a different team every new week.

Suppose you received an invitation from your friends to participate in the A-League fantasy football but you have no idea how it works. You will start pondering about, ”How do I join a fantasy football league?” Your mates are already enjoying the game. You feel embarrassed asking them how to join the bandwagon. Panic no more. This guide will take you through fantasy A-League tips and assist you with the process of joining the game. The bottom line is that you choose real players in the A-League and create a virtual team. You will collect points based on how the real players perform in real life.

The game assigns a point system to each position on the field. A shot-stopper earns points on acts such as saving a penalty (5points) or keeping a clean sheet (4points). Midfielders earn points when they provide assists (3 points) while strikers get points by scoring (4points). Players in other positions also earn points based on different contributions. For instance, if a defender gets on the score sheet, he earns six points instead of four. Midfielders will also get points when they assist the team to keep clean sheets. It is worth noting that there are bonus points for players who find themselves amidst top performers in a match. Total points are computed by summing up all the points from the starting eleven players. In case the players in the starting eleven fail to score points, points obtained by the players from the bench are included in the overall tally.

A fantasy football team is made up of five defenders, two shot-stoppers, three strikers, and five midfielders. A-League fantasy football permits managers to pick a maximum of three players from the same A-League team. Coaches select their first eleven before every game week. As long as you have seven players in the starting eleven, you will be permitted to commence playing. The fields are set 90 minutes before the first game starts every week. 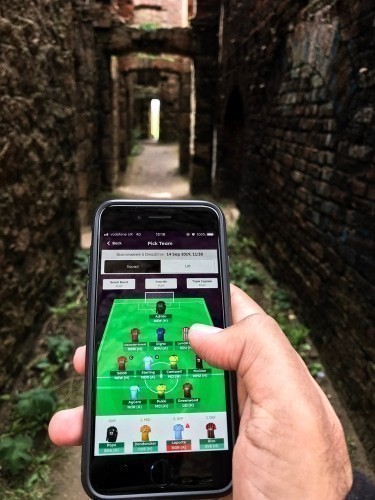 Acquiring and disposing of players

Every manager is awarded $3m to draft a team. This amount should meet the cost of buying the first eleven as well as the subs. If you spend the money on expensive players only, it will not be possible for you to assemble the required number of players. Experienced gamers make a mix of hotshots and average talents in a team. One advantage for amateurs is that there is an option of out-filling the team where the platform purchases the players on your behalf.

Gamers are permitted to sell a player every week and hire new ones if they don’t find value in their current squads. The value of the players being sold will depend on the number of points they accumulated over the weeks. Your primary focus should be to build a team that will keep clean sheets, bag many goals, and rock up points through the provision of assists. It is advisable to fill up all the positions in the starting line-up. Besides, there is a need for you to select the best players in your team and slot them in the starting eleven.

The steps for joining the A-League fantasy football league

In case you have difficulty creating a personal league, you may join the A-League football fantasy homepage via a friend's customized account. Let your friend send you an invitation link to your email account. Go to the tab marked “Join now” and select it once. In case of a malfunctioning invitation link, copy and paste the link to your browser independently.

Another alternative is to download the A-League fantasy football app. You can obtain the app from the PlayStore and install it on your handset. Launch the app and enter your identification details. Create your team of fifteen players and assign them roles-captain and assistant captain.

Every player has the chance to create a private league by recruiting players from A-League. You just send invitation links to your friends who join and play in your League.

Fantasy A-League fantasy football is built using real players who participate in Australia’s most-followed league. The game requires good knowledge of the league so that you assemble players who will add value to your team. You should strike a balance between quality and cost. In other words, it would be unwise to spend the stipend on expensive players then fail to clock the fifteen minimum thresholds. It is worth noting that there are some cheap players whose contribution is immense. You should draft a mix of expensive players and cheap players with the potential of adding value to the team. Follow the events where your players are involved so that you may identify areas that need corrections. Take charge of the team and get the best out of your players at all costs. Where a player is underperforming, don’t hesitate to make changes because you are on top of everything. Stay competitive because that is the only way to win points.